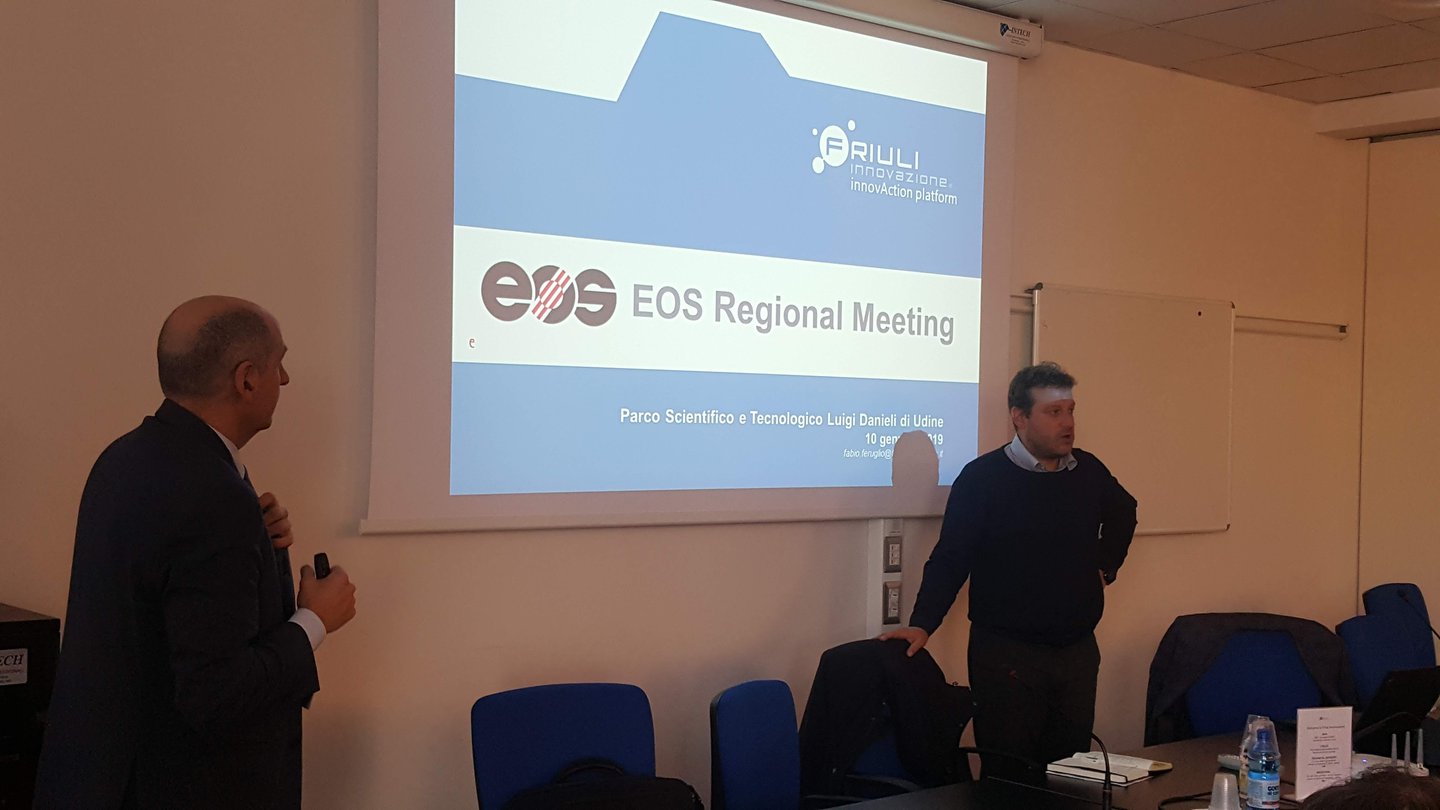 Friuli Innovazione confirms itself as an international point of reference in the field of additive technologies, so much so that it has been chosen by EOS, a leading German company in the technologies for 3D industrial printing as a venue for its Annual Regional Meeting. Two days of update, comparison and planning that involved collaborators coming not only from Italy, but also from Germany, France and Spain.

The collaboration between EOS and Friuli Innovazione continues. It began less than two years ago and in 2018 led to the creation of Additive FVG Square: the first additive square in Italy where, thanks to a public / private partnership, companies can directly experience the potential and advantages of these technologies.

In fact, the first companies involved, Brovedani Group, Gruppo Cividale, SMS Group, Thermokey and Wärtsilä last October started  a collective path of training and collaborative experimentation through the use of an EOS M290 machine, the last frontier of the industrial 3D printing of the German mother house EOS. During the convention there was also a meeting to review the plan of new initiatives that, in 2019 will cover the skills and startups. A new meeting with the EOS Board is already scheduled for February.

Additive FVG represents a virtuous example of open innovation for companies and a collaboration between realities, such as Friuli Innovazione and COMET, Cluster of engineering in Friuli Venezia Giulia, able to anticipate the times, confront the territory and quickly realize actions aimed at accelerating the development of our Region also thanks to the expertise of the University of Udine.

The initiative has taken shape thanks to the contribution of the Friuli Venezia Giulia Region, increasingly attentive and selective to project the companies of the territory in the future, and from 2019 will also have the support of COSEF (Consortium for Economic Development of Friuli) which evaluates particularly distinctive for their own settlements to have a place of comparison and experimentation of international level on these technologies.